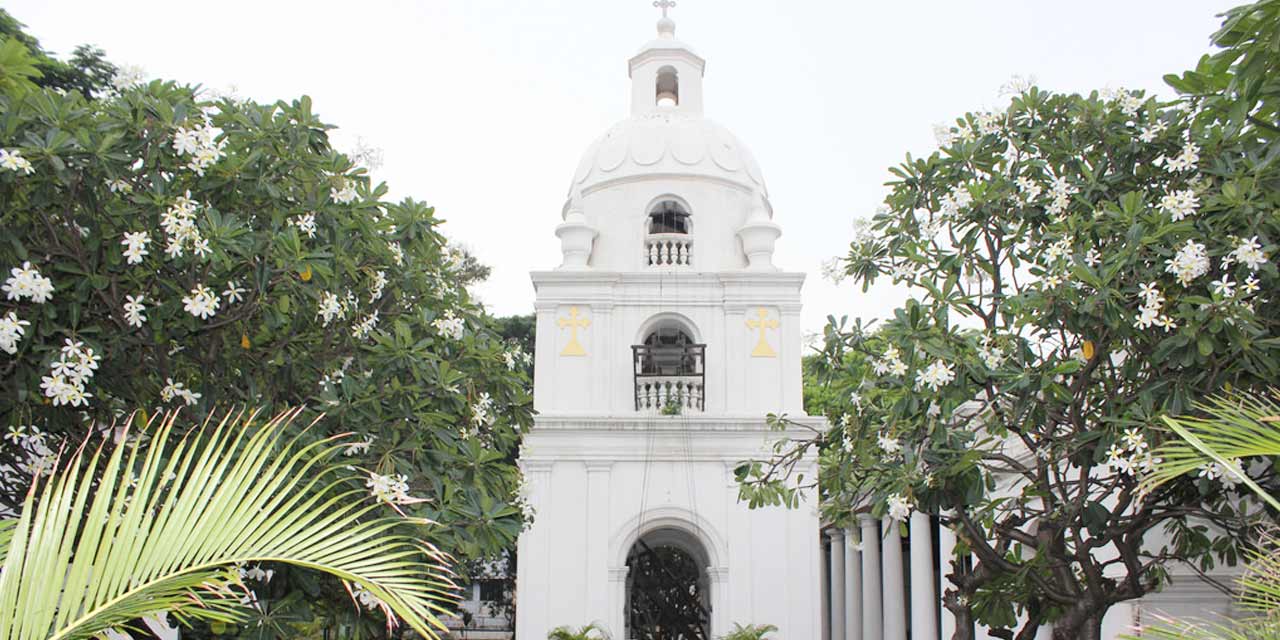 Chennai or the older Madras has been visited by different communities of the world for trading in the early centuries. Armenians were important traders from South East Asia who moved to India to do trade of silk, spices and gems. They also built the Armenian Church in the city.

The other churches built by them are in Kolkata and Mumbai. The 300 year old Armenian Church dedicated to the Virgin Mary is located in a pristine area in Parrys in George Town.

Armenia is the first country in the world to adopt Christianity as its religion. Armenians are believed to have settled in Chennai since 1512 and the first Armenian journal Azdarar was published in 1747. With not much Armenians left in the city, the iconic structure has become more of a heritage site today.

This glorious shrine features Mother Mary taking Jesus to the heaven. One storey graceful complex has a chessboard floor design and religious paintings on the walls. Visitors would be awestruck seeing the bell tower called the Belfry that houses six bells in three rows. The bells weigh around 150kgs each.

Every bell ranges from a height of 21 to 26 inches and has its details inscribed on each of them. All the six bells are rung together every Sunday at 9.30 AM. Among the six bells two were brought in 1754 and 1778 and the other two date back to 1837 which were given by Thomas Mears of London. Rest of the two bells were given by Eliazar Shawmier, an Armenian Merchant.

Another noteworthy feature of the church is that it accommodates around 350 graves of the Armenians. Haroutiun Shmavonian, the founder of the Armenian journal, Izadaar was also buried within the premises of the Church. Last burial was made in 1850.

Other tourist attractions in its vicinity are Anderson’s Church, Victoria War Memorial, Sri Kalikambal Temple, Amir Mahal and St. Mary’s Co-Cathedral Church. Make for a delightful and memorable vacation taking in any of our meticulously designed Chennai tour packages or customize your own tours to explore the most popular sightseeing spots of the city.

People can visit the Church between 9:30 AM to 2:30 PM every day. There is no entry fees required to visit the church.

How to reach Armenian Church Chennai

Chennai airport is one of the busiest airports in the country. It is well linked to the other parts of the world via several international flights.

Electric trains are a preferred means of transport in the city as it connects different locations within the city. Armenian Church is located in the Armenian Street in Parrys Corner of George Town. Chennai Beach Railway station is only five minutes’ walk from the Church. People can reach the church from airport, railway station or the bus stop taking a taxi, electric train or auto rickshaw. Private cabs can also be hired to reach the Church.

Why should we visit Armenian Church?

Armenian Church is a must visit as it is one of the oldest churches in the city and highlights the traces of Armenians settled in Chennai during the 15th Century. It draws attention also for the six big bells hanging together in the bell tower.

When should we visit the Armenian Church?

Armenian Church can be visited anytime of the year. Travellers prefer to visit Chennai during the months of November to March in order to avoid the scorching heat of the city.