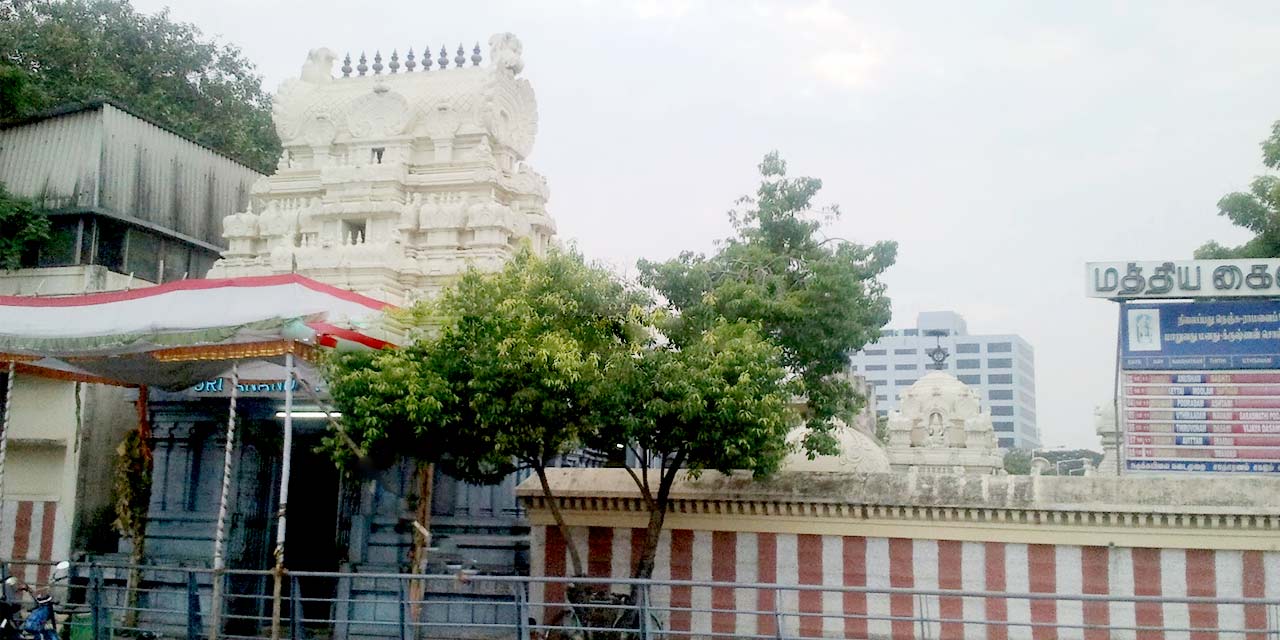 Capital city of Tamil Nadu, Chennai is an ideal blend of historically rich culture and an essence of modern lifestyle. Rituals and culture have been influencing the everyday life of the 300 year old city since the ancient times. History lives in the ancient monuments and religious sites that date back to centuries.

Chennai holds some of the amazingly designed religious shrines that represent the city’s rich heritage. One of the various cultural and religious landmarks is the Madhya Kailash Temple dedicated to Lord Ganesha. A sacred shrine of Hindu religion also popular as Nadukkayilai is located in the vicinity of the Indian Institute of Technology, Chennai.

It has been named so due to its strategic location between the North Kailash (Kasi) and the South Kailash (Rameshwaram). Visit this thriving religious site along with the other attractions of the capital city with our one day Chennai tour packages.

The sacred complex dating back to the 1970's is famous for the ancestor worship or Pithru Pooja being held every day. It is an important ritual performed daily basis wherein the priests make the offering at the Anandavinayaka’s idol.

The presiding deity is Venkata Ananda Vinayakar. This glorious temple also enshrines Lord Shiva, Lord Murugan, God Sun and Lord Vishnu. A key attraction of the glorious shrine is the image of Adyantha Prabhu formed together by Lord Ganapathy and Lord Anjaneya where the right side is Ganapathy and the left side is Lord Hanuman.

Ganesh Chaturthi is celebrated with great splendour and it is said the sun rays fall directly on the presiding deity.

Other spiritual treasures to be explored near the Madhya Kailash Temple include Ashtalakshmi Temple, Kapaleeswarar Temple, Parthasarathy Temple and Marundeeswarar Temple. Discover the sublime beauty of these religious sites and other sightseeing sites of Chennai embarking on the most exciting one day Chennai tour packages or customize your own tour.

Chennai International airport is one of the busiest airports in India. Several flights fly in and out of Chennai airport connecting the city to the rest of the world and the country. While the international flights land at the Anna Terminal, the domestic flights take away from the Kamaraj Terminal.

Buses can be boarded from CMBT (Chennai Mofussil Bus Terminal) that has several buses connecting Chennai with other parts of the country and the state. Local Buses, metro trains and electric trains are the most popular ways of transport within the city.

Madhya Kailash Temple is located between Sardar Patel Road, Adyar and Rajiv Gandhi Salai opposite to the Leather Research Institute. Kasturba Nagar railway station is the closest junction. People can take taxi, cab, auto rickshaw or local buses to reach the temple from the railway station, bus stand or the airport.

Why should we visit Madhya Kailash Temple?

Madhya Kailash Temple is definitely worth exploring to witness the graceful image of Adyantha Prabhu.

When should we visit the Madhya Kailash Temple?

The temple can be visited anytime during the year, however travellers prefer visiting Chennai mostly during the months of November to February in order to avoid the scintillating heat of the city.