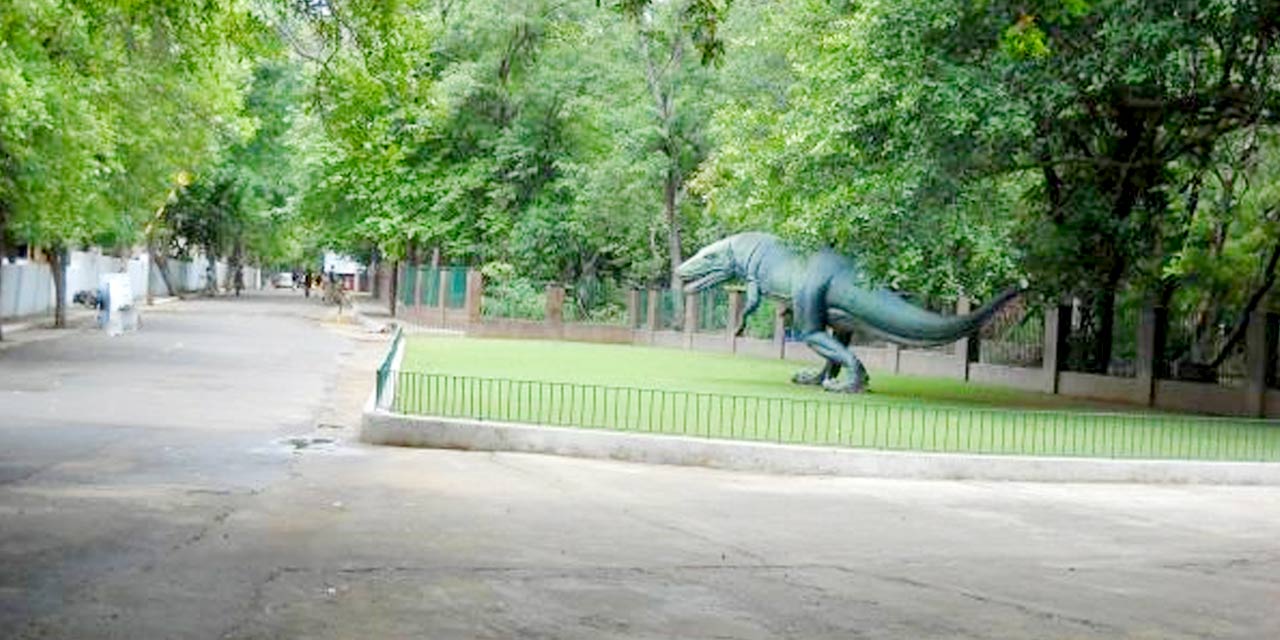 The capital city of Tamil Nadu Chennai brims with modern delights and coastlines adorned with beautiful beaches. Visitors flock into the fourth largest city of the country to discover the amazing ancient culture. It has few spots of interest for the wildlife aficionados too.

One of the natural spectacles of the city is a small but renowned Guindy National Park. Spanning over an area of 2.70 square kilometres, it is a great habitat of varied species of fauna coupled with the tropical dry evergreen forests of the Coromandel Coast.

Initially a game reserve spread over an area of 5 km square, Guindy National Park was a part of the tropical dry evergreen forest known as the Guindy Forest. Later a small part of the reserve was transformed into a garden space. In 1672-1678 a residence along with the garden space called the Guindy Lodge was established by the then Governor, William Langhorne.

Rest of the forest area was owned by a Britisher named Gilbert Roderick, who sold it to the Government for an agreed sum of Rs. 35,000 in 1821. Around 505 hectares of area was set as a Reserve Forest in 1910 and in 1945, Chital or Spotted deer was the first animal to be brought to the Forest.

Established in 1972 by the revered herpetologist and wildlife conservationist, Romulus Whitaker, the Guindy Snake Park boasts of being the first reptile park of the country. Romulus Whitaker also founded the Madras Crocodile Bank Trust and Centre for Herpetology in 1976.

With the presence of a splendid variety of snakes, it attracts several pharmaceutical companies that help them produce anti-venom drugs. In 1975, the Central Zoo Authority honoured the Snake Park with the status of a medium Zoo.

Visitors will find solitude in the national park that provides the habitat for 14 species of mammals including Blackbuck, Hyena, Hedgehog, Common Mongoose and Three-Striped Palm Squirrel.

It is home to the Indian hare or the black-naped hare which are named so because of the patch of black fur that runs along the nape of its neck. Tourists would enjoy stunning views of the inspiring tropical dry evergreen forests that houses around 24 varieties of trees and 350 species of plants.

Covered with shrubs, crawlers, herbs and grasses it is also home to grasshoppers, crabs, scorpions and more than 60 species of butterflies and spiders respectively. Bird lovers try to spot their favourite ones among the 130 species of the winged creatures found in the park.

People have rarely spotted the Eurasian Hobby and the dollar Bird in the park. Eurasian Hobby is a small elegant falcon characterised by a broken white band across the nape, a narrow white eyebrow and a brownish black plumage.

One-sixth of the park is open grasslands providing a perfect habitat for the black bucks and the spotted deer. There are around 400 blackbucks and two thousand spotted deer in the park. Signboards and walking paths guides the visitors to move through the National Park.

Spread over an area of 22 acres, the Children’s Park houses a variety of birds and animals that grabs the attention of the children. Twenty million years old tree is a key draw of the Children’s park. Swings, Elephant and Pony rides as well as a mini railway keep the kids engaged.

The parking charge for heavy vehicles is Rs.50 each and Rs.5 for motor car, Van and MotorCycle.

Photography is permitted within the park at a reasonable cost. Charges for still camera are Rs.10 and for Handy Camera is Rs.75. Visitors can use Video Camera by paying Rs.75 and the charge for a documentary production is Rs.2000.

Though food stalls are available in the park, it is recommended to keep enough snacks and water handy as it would involve great amount of strolling.

Major spectacles located in its vicinity are Birla Planetarium, Phoenix Marketcity, and MGR film city. Discover the wild at Guindy National Park and other incredible treasures of the city choosing from our varied range of one day Chennai customizable itineraries.

Chennai has an extensive road network connecting it to the various other cities of the country. Buses can be boarded from the Chennai Mofussil Bus Terminal (CBMT) which has buses operated by both the government and private operators.

Guindy National Park is located at a distance of 11.8 km from the Central Railway Station, and 10.2 km from the airport. It lies next to the Rajbhavan and opposite to the Indian Institute of Technology Chennai.

People can take private cab, taxi, auto rickshaw or local buses from the bus station, airport or railway station to reach the park. If you are travelling by suburban trains then the nearest station is the Guindy station which is only 1 km away from the National Park.

Why to visit Guindy National Park?

The celebrated National Park of the city should be visited if you want to get close with the wild. Bird watching is a rewarding experience for the bird lovers.

When to visit Guindy National Park?

Guindy National Park can be visited anytime during the year however the favourite time of travellers visiting Chennai is from November to February when the temperatures are less as compared to the rest of the year.