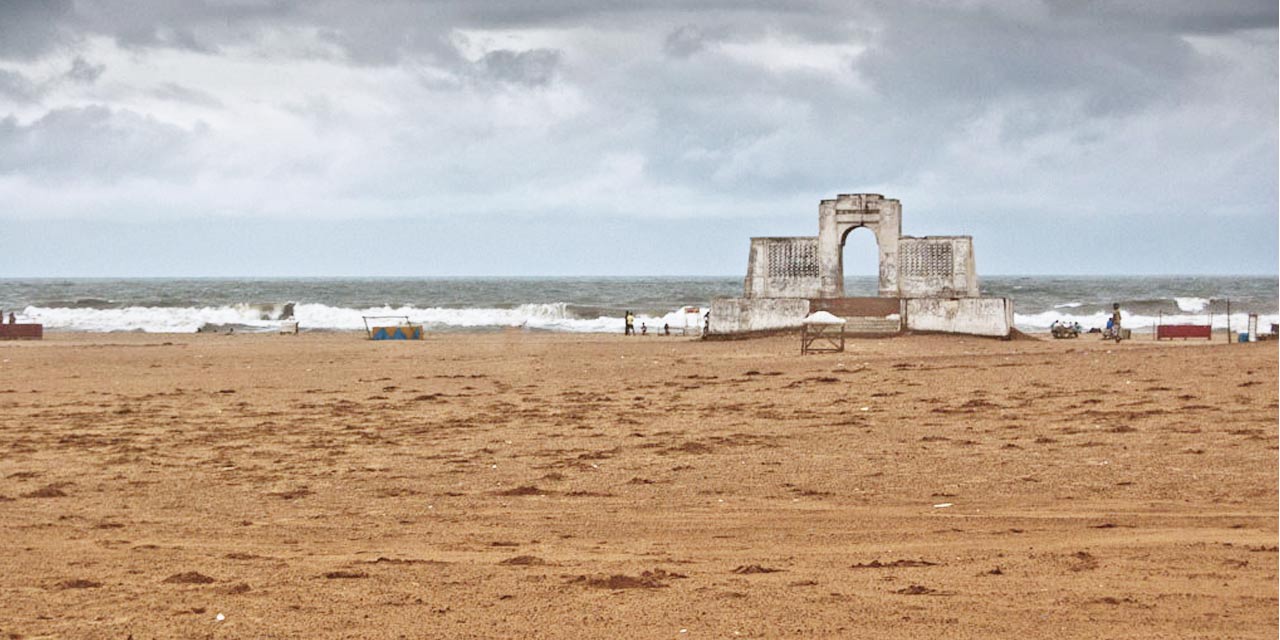 Chennai exhibits a perfect combination of impressive history, diverse culture and inspiring art. It gained its name as Madras from the fishing village of Madrasapattinam. It was christened as Chennai in 1996 by Chief Minister M Karunanidhi.

The capital city of Tamil Nadu has exciting treasures to uncover including mesmerizing beaches, intriguing art centres and magnificent temples. Chennai boasts of some of the fantastic beaches that are often visited by tourists to explore its surreal beauty.

One of the popular beaches of this amazing city is the Edward Elliot beach.This dramatic stretch of sand, situated at the end of the Marina Beach in Besant Nagar is frequently visited by tourists to enjoy its glittering waters and taking a relaxing stroll along the striking shoreline.

Witnessing the sunsets and sunrise at the Edward Elliot Beach is a pleasant experience. Quite prominent as Besant Nagar Beach or Bessie, the beach has been a major draw for the travellers owing to its tranquillity and cleanliness.

Ashtalakshmi Temple and Velankanni Church are the key attractions of this pristine beach. An iconic spot located on the beach is the resting place of famed Danish sailor, Karl Schmidt.

Set towards the south of Marina Beach, the Edward Elliot Beach was named after an erstwhile Chief Magistrate and superintendent of Police, Edward Elliot. He was the son of Governor of Madras, Hugh Elliot. The beach was often visited by the Britishers during the colonial era.

Karl Schmidt Memorial was built on the beach in honour of the Dutch sailor, Karl Schmidt who is believed to have lost his life while saving the life of a drowning girl in 1930.

The only architectural monument built on the beach by the then Governor of Madras, Lieutenant Colonel Sir George Frederick Stanley was damaged badly due to its weak foundation and the effects of the ocean water.

It was renovated in 2014, giving it a stronger base built of granite and bricks. The memorial stone has the inscription “To commemorate the Gallantry of K A J Schmidt who was drowned near this spot on December 30, 1930 while helping to save the lives of others.”

Ashtalakshmi Temple dedicated to Goddess Lakshmi was built on the shores of the Bay of Bengal in 1976. A glorious temple built on the recommendation of Sri Chandrasekara Saraswathi Swamigal houses the eight forms of Goddess Lakshmi. These eight forms of the goddess signify wealth, offspring, courage, bravery, food, knowledge, prosperity and success.

Velankanni Church is another noteworthy spot built in the honour of the Lady of Health. Post some drowning cases, the police have been patrolling the beach through All Terrain Vehicles.

There are plenty of options near the beach to satiate your craving for different flavours. Major restaurants include Ponnusamy Restaurant, Donut House, By the Bay, Ibaco, Emilios, Cozee, Dhaba Express, Amma Short Eats, and Murugan Jigarthanda.

People can take auto rickshaws, prepaid taxis, cabs or local buses from the airport, railway station of the CMBT to reach Edward Elliot Beach which is located at a distance of 60 km from the city.

Visitors can witness the majestic Edward Elliot’s Beach anytime and do not have to pay any entry fees. To avoid the scintillating heat of the city travellers prefer visiting the state capital during the months of November to February.