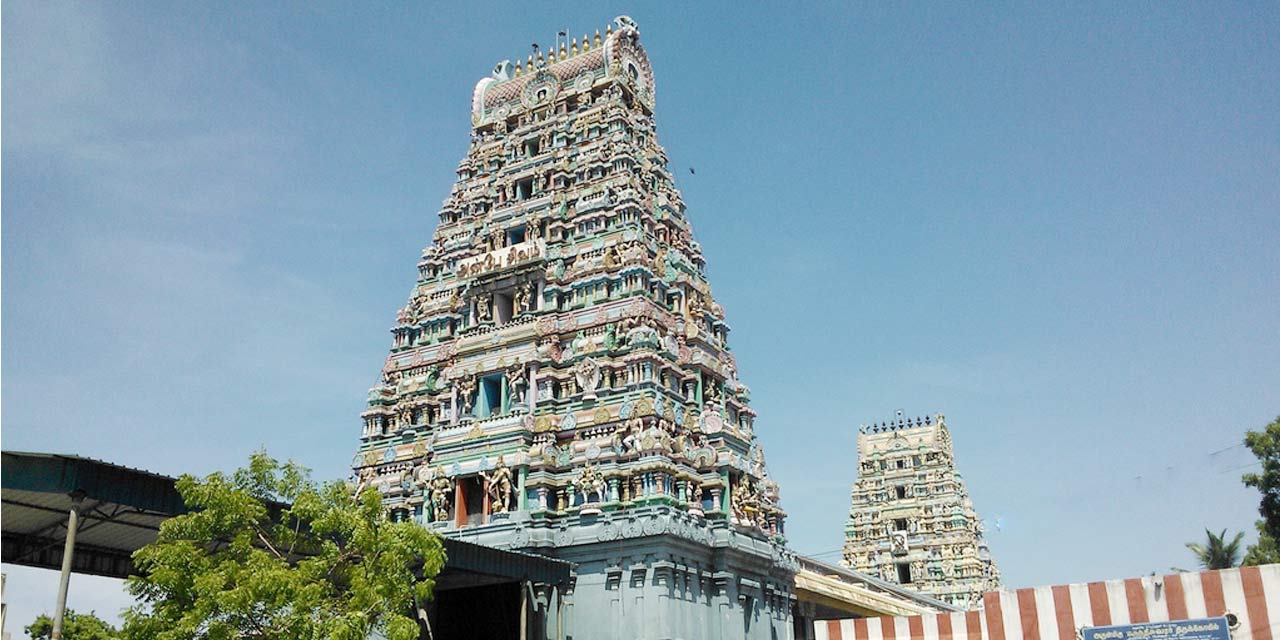 City of Chennai, recognized as the Gateway to South India is an ancient city that has seen several great empires in history. Ruled over by several noteworthy dynasties like Pallavas, Pandyas, Cholas and Vijayanagara Empire, it has been the military, economic and administrative centre for centuries.

Tourists throng into the capital city to relish the authentic essence of Chennai and take in the ultimate understanding of its vivid culture. Coastal metro city of Chennai enchants its visitors with an array of treasures that includes magnificent churches, enticing beaches, inspiring museums and amazing historical monuments.

Stunning religious sites dictate the history of the ancient city. One of the cultural icons is the Marundeeswarar Temple. A glorious temple dedicated to Lord Shiva is one of the 275 Paadal Petra Sthalams which is flocked with pilgrims seeking a cure for their diseases. Paadal Petra Sthalams refers to the temples dedicated to Lord Shiva and have been beautifully mentioned in the verses of Saiva Nayanars.

Marundeeswarar Temple along with the Kapaleeswarar Temple and the Thiruvottiyur Thyagaraja Swamy Temple form the Trinity Sea Shore temples of Thondai Mandalam. A significant fact about the temple is that the Shiva Lingam is Swayambhu Murti which means that it is self manifested.

This 1300 years old temple is situated in Thiruvanmiyur near the shores of the Bay of Bengal. Marundeeswarar Temple has found its place in the verses of the well known Nayanars namely Appar and Thirugnana Sambandar during the 7th and 8th century.

Major expansion of the sacred complex was done during the Chola period in the 11th century. Other additions were made during the Vijayanagar Empire. Spanning over an area of 1 acre, the religious site is maintained by the Hindus Religious and Charitable Endowments department of the Government of Tamil Nadu.

Legends state that well known sage Valmiki who wrote the Ramayana had been worshipping Lord Shiva in this temple as such the place is also called Thiruvalmikiyur which was later renamed as Thiruvanmiyur. Opposite to this sacred shrine, a temple was built in honour of Valmiki.

It is believed that Sage Bharadwaja offered prayers to the Lingam in this sacred place. Markandeyar performed penance and worshipped Lord Shiva at this auspicious place. Lord Brahma had organised a festival in honour of Lord Shiva at this holy place.

Vani tree is the holy tree of the temple where Lord Shiva made his appearance before Sage Valmiki and Sage Agastya. Last Kumbhabhishekam was held on 23rd May 2008. It is the 25th temple in Thondai region praised in the Thevaram hymns.

As Lord Shiva taught Sage Agasthya about the Oushadha Mooligai or medicinal herbs and the cure for various diseases he is known as Marundeeswarar. In Tamil the word Marundhu means medicine and Eswarar means God.

Travellers would be awe-struck at the astounding architecture. Rajagopurams or the gateway towers on the East Coast Road and at the West Tank Street greet the visitors to the sacred complex. Imposing carvings on the tower or the Rajagopuram portray inspiring mythological stories.

Devotees would be delighted to see the three different forms of Lord Shiva as Theyagaraja, Marundeeswarar and Nataraja in the glorious temple. His consort Goddess Parvati is seen in the form of Goddess Tripura Sundari.

There is a Srichakra in front of Goddess Thiruparasundari. Lord Shiva is also known as Amudheeswarar and Vanmikanathar in this place. Lord Shiva has been worshipped in the Vedas and by all Devas here as such he is also popular as Vedapureeswarar.

People would admire the hall housing the Somaskanada form of Lord Shiva which accommodates 36 pillars dotted with striking carvings. A noteworthy feature of the temple is the shrine with the three idols of Lord Vinayaka who is believed to control the three time periods.

Vimanam built above the sanctum sanctorum in Chaturvastam design exudes admiration. There are shrines for Lord Murugan and around 108 Shiva Lingas and Pacnhalingas in the temple.

Legends state that once during huge floods, the Great Saint and poet Dikshitar persuaded Lord Shiva to turn back as he was unable to see him. Lord Shiva turned back listening to his prayers as such the temple enshrines Lord Shiva facing west. The shrines of Lord Muruga and Lord Ganesha face the east and the Shrine of Goddess Thirupurasundari faces south.

Other shrines found in the temple are that of Lord Dakshinamurthy, Brahma, Mahavishnu, Goddess Durga and Gajalakshmi, 63 Nayanmars, Nalvars, Jambukeswarar, Ramanathar, Arunachaleeswarar, Kalabhairavar and Sundareswarar. The holy structure also holds the samadhi of Pamban Swamigal.

Five Theerthams or holy waters of the temple namely Janmanasini, Kamanasini, Papanasini, Gyana Dhayini and Mokshanasini are said to have been originated from Lord Shiva’s jada mudi.

Explore the auspicious sight and other gripping attractions of the city taking on our one day Chennai tour packages or customize your own tour.

How to reach Marundeeswarar Temple Chennai

Chennai can be accessed through all modes of transport, bus, air or railway. Chennai airport is one of the busiest airports in the country. It is well connected to various parts of the world through daily flights that takes away from the Anna terminal. There are daily flights from different parts of the country to Chennai that fly from Kamaraj terminal.

Buses can be taken from CMBT (Chennai Mofussil Bus Terminal). For transport within the city electric trains, metro trains and local buses are a preferred mode of commuting. People can take a bus, taxi, auto rickshaw or cab to reach the temple from the airport, bus stand or railway station.

Why should we visit Marundeeswarar Temple?

Temple enchants with its magnificence and serenity as such it is a must visit for travellers exploring the religious sites of the city.

When should we visit the Marundeeswarar Temple?

The temple can be visited anytime during the year however the most preferred time period for most of the people travelling to Chennai is from November to February.