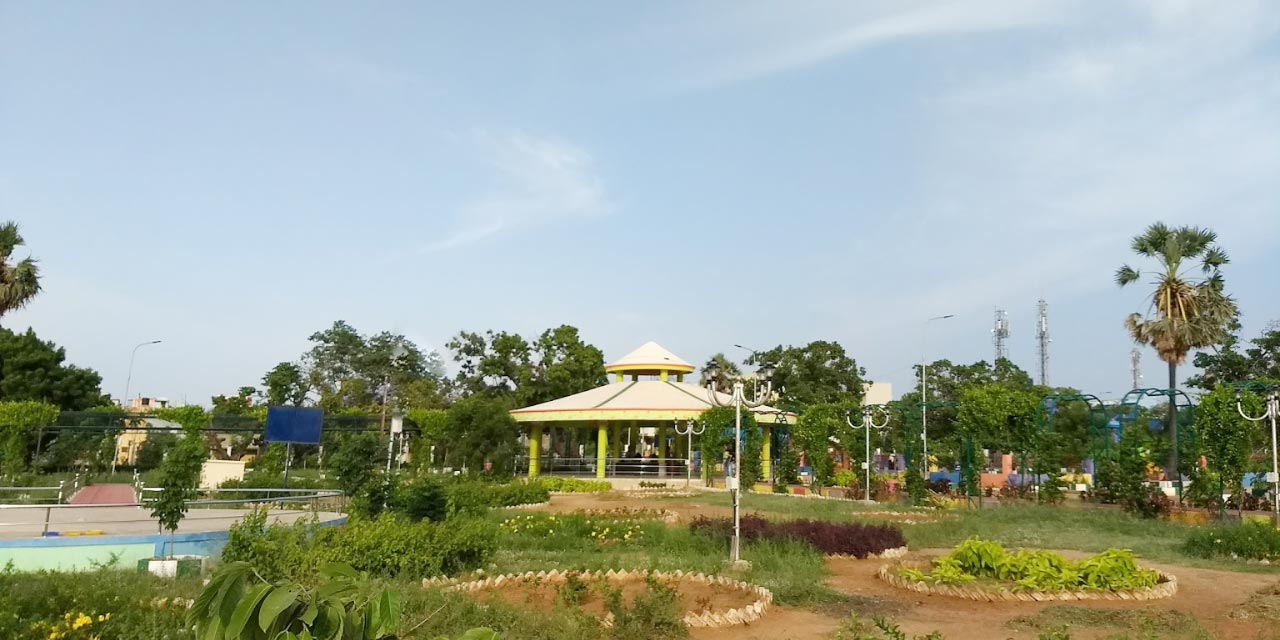 Formerly known as Madras, the city of Chennai is famed for its automobile industry and growing educational institutions. Chennai is regarded as the cultural capital of Tamil Nadu as it is bestowed with rich traditions, art and culture.

Chennai proffers traditional charms and some fantastic beaches that attract both locals and travellers from various parts of the world. Though the city has very few mystic natural gems, its ancient past defines its rich culture and people visit the city to learn about its startling history.

Public parks are a preferred way of escaping from the hustle and bustle of the metropolis. The enticing city of Chennai is home to a reasonable number of city parks that attract a great crowd especially the joggers, runners, walkers and skaters.

These public parks are a peaceful retreat to escape from the busy life of the lively city. A delightful and peaceful spot MMDA Mathur park is one of the ten largest parks of Chennai.

In 1990 Chennai’s nodal planning agency called the Chennai Metropolitan Development Authority initiated a housing layout plan in the village of Mathur. However it did not get materialized and was rather used as a dump yard till 2011.

Post the integration of the Mathur Village Panchayat and the Greater Chennai Corporation in October 2011, the area was revamped for setting up of the Mathur MMDA Park. The then Chief Minister of Tamil Nadu, Ms. Jayalalitha inaugurated the park through video conferencing on 21st September 2016.

Take a leisurely stroll through the wide walking paths that navigates through the park. It has a separate skating rink for the skateboarders. For people looking for tranquillity and relaxation there is a meditation hall inside the park.

People can picnic in the well manicured park that also houses a warm up arena. Pebble filled pathways are perfect place to wander down for the joggers. This peaceful retreat houses a play area to keep the younger lot engaged.

Entry to the Mathur MMDA park is free of charge and it is open from 5:00 AM in the morning till 9:00 PM in the evening.

Immerse yourself in the iconic sights of the city boarding our one day Chennai tour packages or customize your own tour.

How to reach Mathur MMDA Park?

Both private and public buses can be boarded from (CMBT) Chennai Mofussil Bus Terminal. Several buses run on a daily basis connecting it to cities within Tamil Nadu and other cities of the country.

Local buses and suburban trains are a preferred choice for the locals. It is situated in Mathur MMDA near the Mathur MMDA bus stand in the junction of 2nd Main Road and 3rd Cross Street. People who do not prefer public transport system can take a private cab, taxi or auto rickshaw to reach the park.

FAQs and other general information about Mathur MMDA

Why to visit the Mathur MMDA Park?

Stepping into the MMDA Park and strolling through the easily navigable trails that snakes throughout the park is an ideal way to take a break from the hustle and bustle of the city.

When to visit the Mathur MMDA Park?

It can be visited anytime during the year. It is recommended to visit Chennai during the months of November to February as the temperatures ranges from 20 to 25 degree Celsius during this time period.