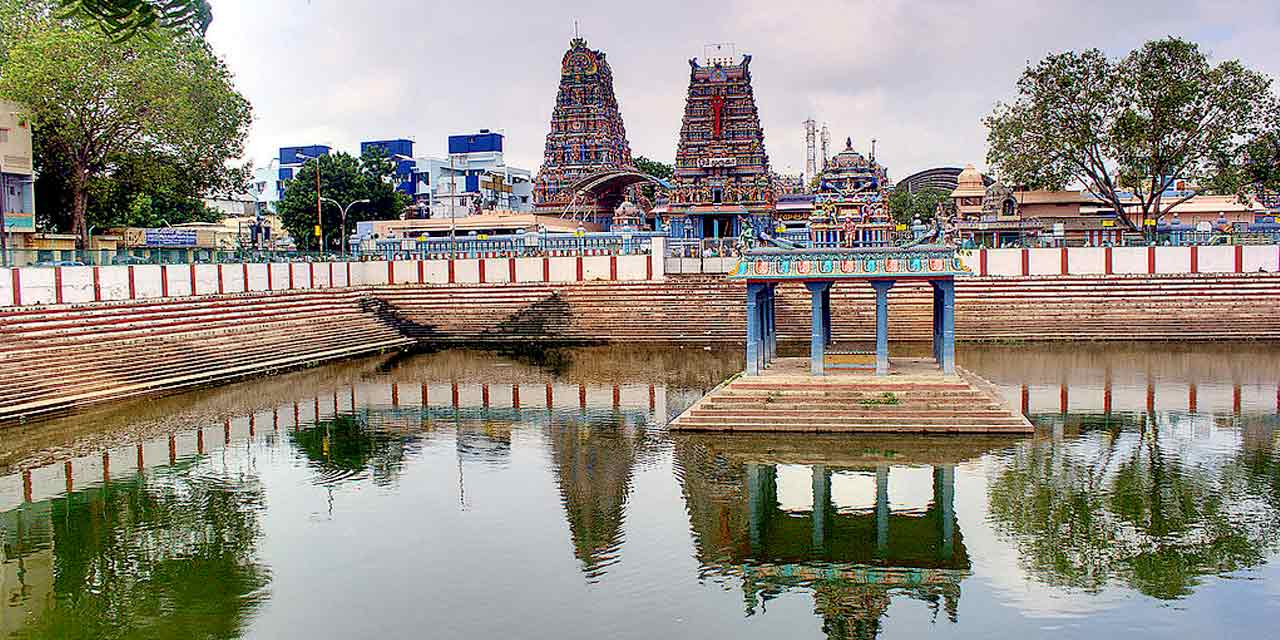 India is known for its cultural diversity that accommodates people of all faiths, religions and culture. Cities of this incredible country have a wealth of imposing landmarks that attracts the attention of outdoor enthusiasts.

Splendid temples situated in the city demonstrate its rich cultural heritage. Vadapalani Murugan Temple is a graceful Hindu temple built around 125 years ago. Since the idol of Lord Muruga is the same as in Palani temple which is located in the Southern part of the state, it is known as Vadapalani Temple which means Northern Palani Temple.

This ancient place of worship is visited by several devotees in search of Lord Murugan’s blessings. Around 7000 marriage ceremonies are held within the premises of the revered temple every year.

An endearing sacred place of worship, Vadapalani Murugan Temple got established at a place where the ardent devotee of Lord Murugan, Annaswamy Naikar worshipped him. He had been roaming to places seeking Lord Murugan’s blessings and a cure for his long time illness. A sage appeared in his dreams and guided him to search for the God in his own home.

Annaswamy went to worship Lord Muruga in one of the six abodes of Lord Muruga at Palani. While returning home he found an inspiring image of Lord Muruga which he brought home and started offering prayers to God. He built a thatched roof as a shrine dedicated to Lord Muruga which was later replaced with the striking structure that we can see today.

Legends state that the Annaswamy’s Arul vakku which means foretelling and healing powers pulled several devotees to the sacred shrine. After the death of Annaswamy Naikar, Rathinaswamy Chettiar took charge of the religious place of worship. It is believed that the priest also had the powers of dictating the words of solutions.

The temple got revitalized in 1920 with the construction of the tower or the Rajagopuram and the Inner Ring Road.

Vadapalani temple represents the grandiose culture of the Hindus which has several shrines of Lord Ganesha, Goddess Meenakshi Amman, Lord Shiva, Goddess Kali, Lord Bhairava, Chokkanadar, Dakshniamurti, Chandikeswara and Mahalakshmi. Lord Ganesha appears as Varasidhi Vinayagar at the left of the southern or the main entrance.

It also holds a shrine for planet Mars signifying the fact that Lord Muruga is the deity of Mars. Adding to the charm of the sacred complex is the shrine of Lord Shanmuga with Goddess Valli and Devyani. Visitors also offer their prayers to Lord Hanuman whose image is inscribed on a pillar.

An outstanding religious complex houses a four foot high idol of Lord Murugan with his footwear and one foot forward. Tower or the Rajagopuram adorned with striking mythological figures from Skanda Purana exudes admiration.

Hundred and eight awe-inspiring figures of bharatanatyam dance gestures on the forty meters high eastern tower attract the attention of the visitors. Pilgrims tie their strings to the fig tree which is considered to be the holy tree of the temple. It houses big halls used for marriage ceremonies and spiritual discourses.

The temple tank is located in front of the temple. Pilgrims entering the complex through the eastern tower can see the gold plated flagpole called the Dwajasthambam or kodi maram.

Capital city of Tamil Nadu is conveniently reached by travellers through various modes of transportation. Chennai Egmore has trains connecting the city to varied parts of the state and Chennai Central has trains running from Chennai to different parts of the country.

Chennai airport is one of the busiest airports of India and has several flights connecting the city with the prominent portions of the world. Flights coming in from varied parts of the world land on the Anna International terminal and the domestic flights take away from the Kamaraj terminal.

Private and Government bus operators run several buses from the city to other parts of the country. They can be boarded from CMBT, Koyambedu Mofussil Bus Terminal. Travelling within Chennai is highly convenient with various electric trains, local buses and metros reaching every corner of the city.

No entry fees are required to explore the temple, which is open from 5:30 AM in the morning till 12:00 noon and 4:00 PM in the evening till 9:00 PM at night. However during festival days the sacred complex is open throughout the day for the devotees. Several Poojas are held during the day that includes Palliyarai at 5: 30 AM, Kalasanthi at 6:30 AM, Uchikalam at 12 noon, Sayaratcha at 5:00 PM and Arthjama at 9:00 PM.

Vaikasi and Brahmotsavam is well celebrated for eleven days during the Vaikasi month. Lord’ Muruga is taken for a grand possession in his golden chariot on the seventh day.

Why to visit Vadapalani Murugan Temple?

Travellers visit the Vadapalani Murugan Temple to explore its amazing structure. The religious Hindu site has gained popularity post the frequent visits of film actors who go to the temple to offer their prayers to Lord Muruga and seek his blessings.

When to visit Vadapalani Murugan Temple?

Vadapalani Murugan Temple can be visited anytime during the year however people prefer to explore Chennai during the months of November to February to avoid the scintillating heat of the city.